I will be basing my campaign on The Highcross shopping centre in Leicester. The reason I have chosen this particular shopping centre is because I originally wanted to focus this project on the Timberland store there but decided I wanted to broaden the project more and try it with other stores too. The reason I wanted to broaden the project is because the issue I will be focusing on is one that I think is very important so would like more than one store to get involved.

My new idea for this project came from H&Ms garment collecting service. My campaign is based around what would happen if more stores did what H&M do. This post will be based around what already exists and how to add to this.

The H&M in The Highcross is one of many that will take your old clothes and recycle them. They have had this service in place since 2013 but many people don’t know about it as they don’t advertise it as much as they should. The store even offers customers £5 off of their next shop with every bag of unwanted clothing a customer brings in. There isn’t much advertisement about this policy and so not many people know about it. When I went and had a walk around Highcross I did notice that there was a sign on the window of the H&M store which was new. However the sign was quite small and many people were just walking past it. Around 95% of clothing that is throw away in a year can be recycled but only 12%  of it is. I think is more stores made an effort to recycle their old clothing it would have a massive impact on the planet as well as peoples shopping habits.

The idea for this campaign is to make content that would go out on all the stores social media pages. The content would encourage customers to recycle old clothes and also encourage them to shop back at their favourite brands at the same time. This service would work for clothing stores as well as shoe stores and even stationary and beauty stores. The content for each of these may just be slightly different. For example L’Occotaine also provide a similar service where they ask customers to bring in empty product bottles so they can either reuse or recycle them. L’Occotaine also have a shop in The Highcross so this could also be somewhere to start looking with ideas for this campaign. 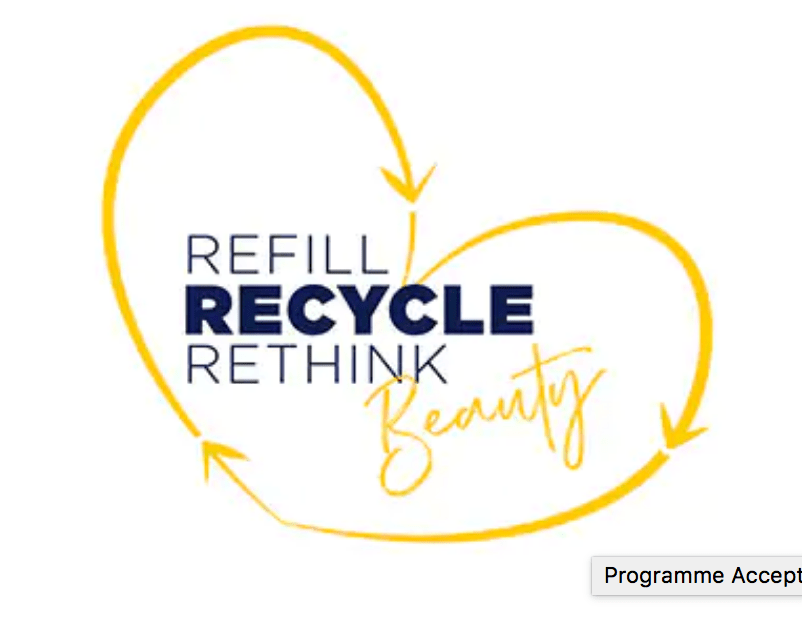 These campaigns are great but aren’t advertised nearly enough for them to make a huge difference. If most shops in Highcross posted about their service then it would be a much bigger success. However I do like that all the designs are quite minimal. This makes it clear what the company is promoting and how they recycle the products. When creating my own promotional content I will try and do this too.