Parsley Productions specialises in Audio and radio content, this is because its what the owner of the company is passionate and has most knowledge about. Because of this the company already has some content that can be shown on the portfolio page of the website. This already created content also shows how diverse the company can be in what it can create. 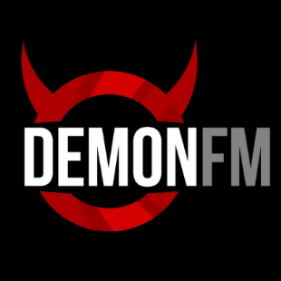 The owner is part of the Demon FM team so the radio shows that they have produced this year have already been made into podcasts ready to be listened to. This made linking to and listening easier and ensured a lot of quality content was quickly and easily added to the website while I created and uploaded more. The shows that were produced last year are also great to have on the website to bulk it out and show just how much the company have already done. There is also not a lot of other radio content so filling the website with shows from Demon FM is a great way to show the range of skills on live and pre recorded radio as well as podcasts, music and live events. Demon FM also already have a lot of pre made visual work that they recommend you use when posting content from the station. This is to ensure their brand is carried on wherever their content may end up. This also made it easier for me to upload the previous shows I have worked on as I did not have to worry about creating visual content to go along with this particular audio.

Because there are several different shows that I have presented and produced for DemonFM I decided I needed different visual content for each to make it clear they are separate shows. The visuals were different for each show and each fitted with the specific theme and vibe of the show. I also tried to make the episode photos different where I could. Unfortunately this was not always possible. Below are some of the visual materials created for my radio content podcasts. 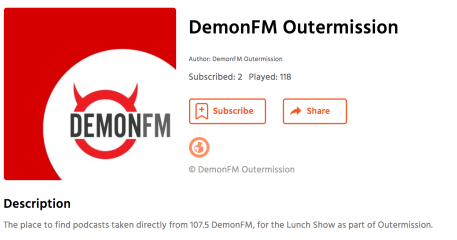 of having already recorded and produced content was that the linked media such as artwork had already been made. This meant the portfolio page was diverse due to the variety of artwork as well as varying audio work.  A year ago I also helped out at a local radio station where I created and produced some shows and pre recorded content for the station. I like the way the different visual content looks on my portfolio page as it shows the range of content produced by the company in a visually appealing way which is sometimes hare for an audio based company such as Parsley Productions.